“This is an older idea I had floating around. I heard Roxanne Shante’s interview with KRS-ONE about how she really wanted to be on “The Symphony” (which she really should have been on it) so just for the sake of shining a new light on the song, I remade the beat (a while ago) and just added the accapella of Frankie Cutlass’ “The Cypher” over it. just to hear how Shante & Biz would have sounded on it and it grew from there. Would have loved to put Shan on there but I don’t have access to many of his accapellas so I put Kane at the end like how he appeared on the end of the original.”

There are no reviews yet. 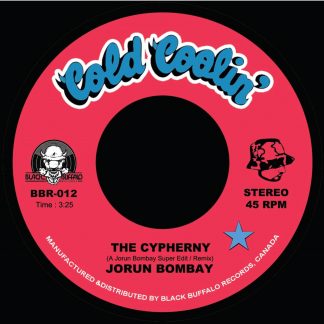