We are proud to present “Laundromat Boogie” on vinyl for the 1st time!

Originally released in the fall of 2014 as a lighter themed counter-balance to the dark and somber “Neverlove” album on Warner Bros. which was released on the same day. “Laundromat Boogie” became the critically acclaimed as the preferred choice between the two releases among die hard Buck 65 fans. The original theme “Laundry Day” was conceptualized by Jorun Bombay and pitched to Buck 65 as a solidified theme to write lyrics around. This was being worked on as “Neverlove” was to completion and was purposely focused on being a lighter and more fun theme to counter balance the dark mood of the “Neverlove” release. This is a completely independent and well timed experimental release.

There are no reviews yet. 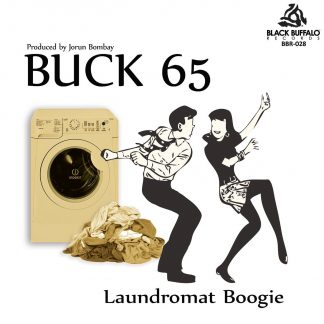